We are once again partnering with I.M.P. Presents to offer two free tickets to a concert. This week, we’re giving away tickets to see KT Tunstall.

The music that Tunstall has written since moving to California is, she says, the most impassioned and inspired of her life; these songs were fueled by the openness of desert spaces and wild ocean cliffs, the intimacy of being snowbound in Taos, New Mexico during winter writing retreats, and the freedom and mystery of driving too fast on canyon roads late at night listening to Neil Young and Tame Impala at top volume. A new full-length album coming this September, is, in spirit, the follow-up, to her debut. A edge-of-your-seat, psychedelic rock record rooted in classic songwriting, but infused with the sense of wonder and beneficent chaos Tunstall has reconnected with since untethering herself from her past. But first up, a little teaser of what’s to come: ‘Golden State,’ a four-song EP out this June including a remix of “Evil Eye” by critically acclaimed UK band Django Django.

KT Tunstall will be playing with special guest Conner Youngblood THIS WEDNESDAY at The Lincoln Theatre, 1215 U Street NW, Washington D.C. Doors open at 6:30PM and concert begins at 8PM. Don’t want to take your chances on the giveaway, get your tickets now: http://bit.ly/KTTLincolnDCM. @TheLincolnDC #KTTLincoln 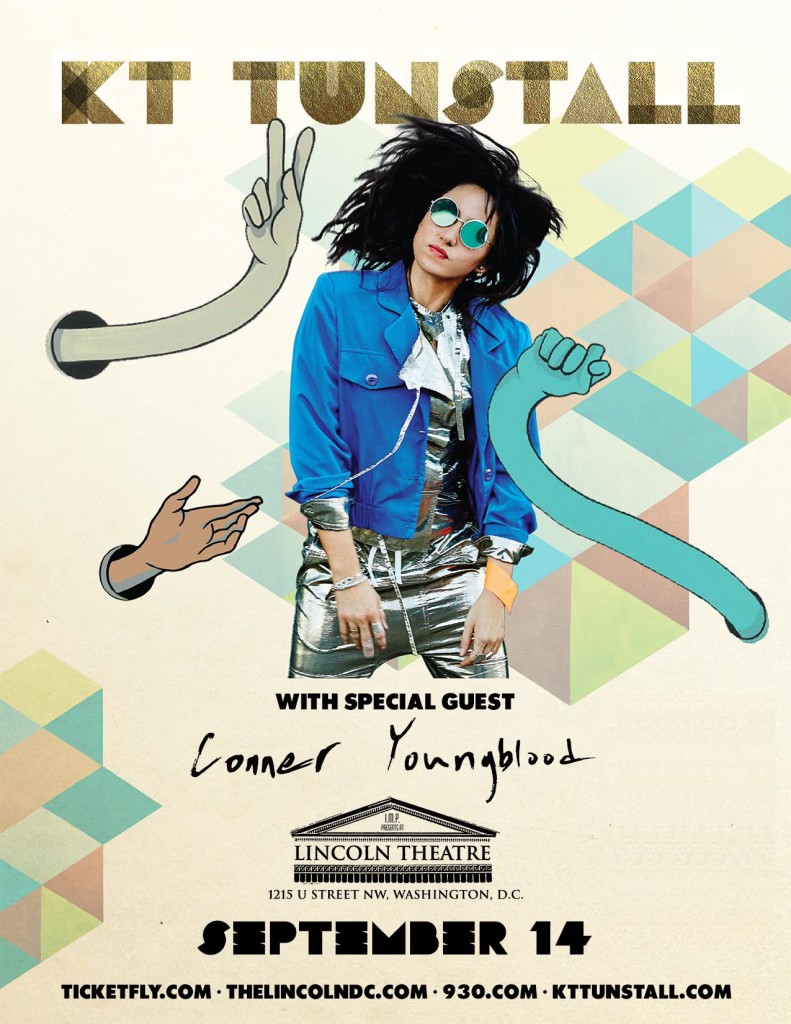 Watch the video of SUDDENLY I SEE:

If you want tickets — leave a comment saying why you want a night out to see KT Tunstall. Winner will be contacted Tuesday morning.