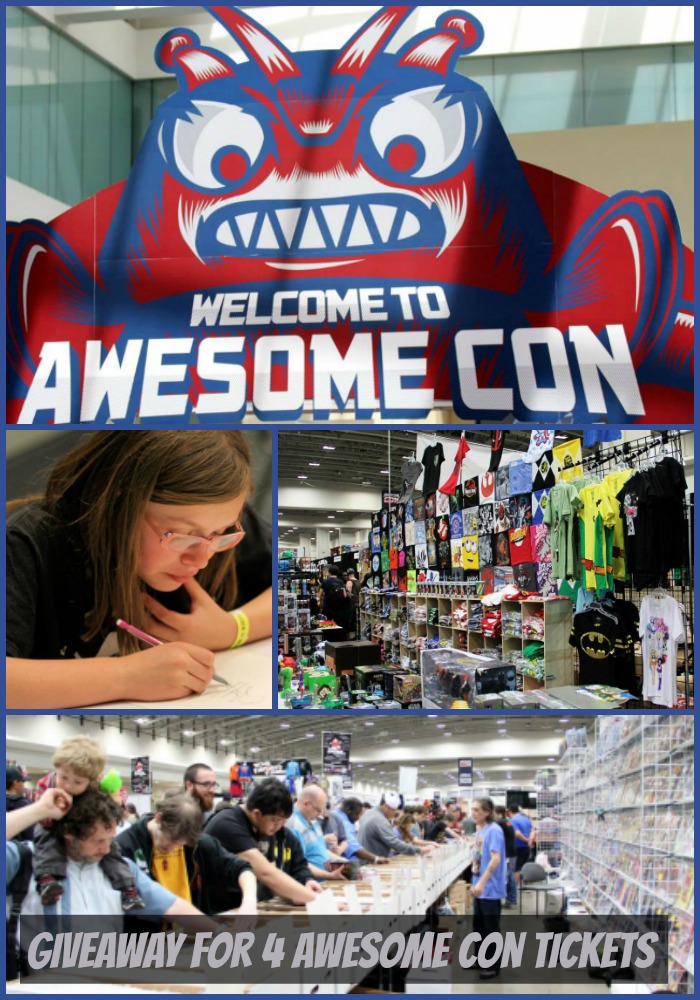 My kids (particularly my teen and tween) love pop culture. They’ve inherited my love of movies and books and added their own original and individual love of graphic novels and comics. So it was a no-brainer when Awesome Con contacted us about giving away a family four-pack of tickets to Awesome Con on Sunday, June 5th.

Awesome Con, DC’s three-­day pop culture convention, introduces entertainment and education appealing to both children and the young at heart in its continued commitment to be completely family friendly. Kids can enjoy a special “Kids Zone” dedicated to workshops and educational activities just for them, with workshops like Harry Potter’s Early Introduction to Spells and Superhero University. Families can snap photos with Stormtroopers and Captain America’s shield, and hear from an assortment of special guests including Bill Nye the Science Guy, Matthew Lewis (Neville Longbottom from Harry Potter), and the creators from kid­-friendly publisher Aw Yeah Comics!

All events take place during Awesome Con, Friday, June 3 until Sunday, June 5 at the Walter E. Washington Convention Center. To the enter the giveaway for Sunday’s Con, comment with what you or your kids geek out over!

Children 10 and under get in FREE when accompanied by a paid adult.

Buy your tickets and learn more about special passes and celebrity appearances here.