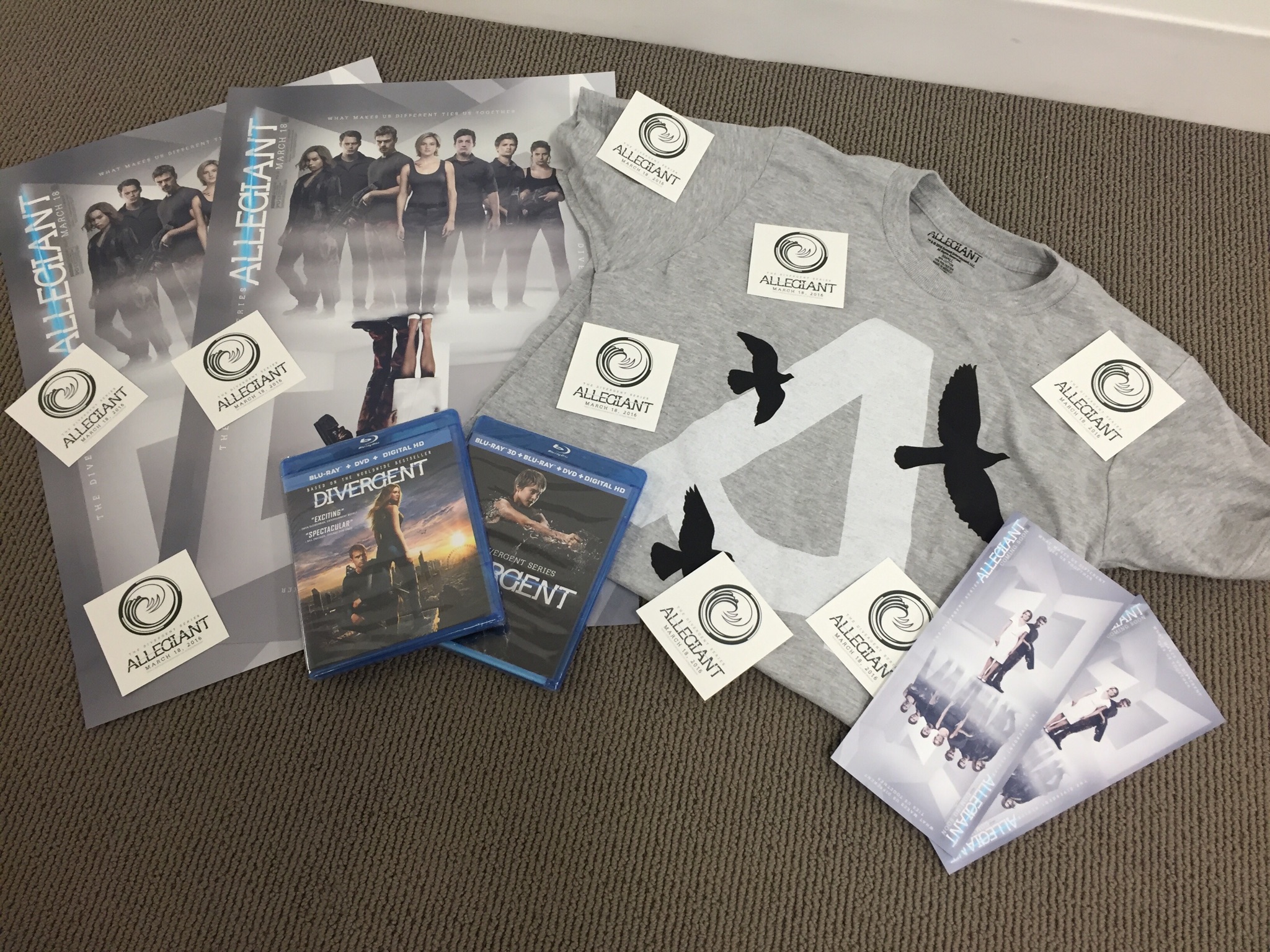 This week, the third DIVERGENT film, ALLEGIANT, comes out in theaters. It may be the final book, but as is the norm with recent YA adaptations, there are two installments of the last book, and this is the first half. #ALLEGIANT stars the always talented Shailene Woodley as main character Tris, the gorgeous Theo James as Tris’ love interest Four, as well as Ansel Elgort, Zoe Kravitz and Miles Teller as supporting characters.

Thanks to Allied Entertainment and Lionsgate Films, we’re giving away a Blu-Ray set of the first two films, DIVERGENT and INSURGENT, a T-shirt, temporary tattoos, a film poster, and a Run-of-Engagement pass to see the film at regional movie theaters in Washington DC (including the suburbs of Northern Virginia and Maryland), Baltimore or Norfolk areas. For an entry, leave a comment as to why you want to see ALLEGIANT. For an extra entry, like us on Facebook. Winner will be chosen on Wednesday night, March 16. The winner will have 24 hours to respond with their mailing address.

Rules: You must be at least 13 to enter. If you enter and win the giveaway but live outside of the area, you will not receive the ROE pass). 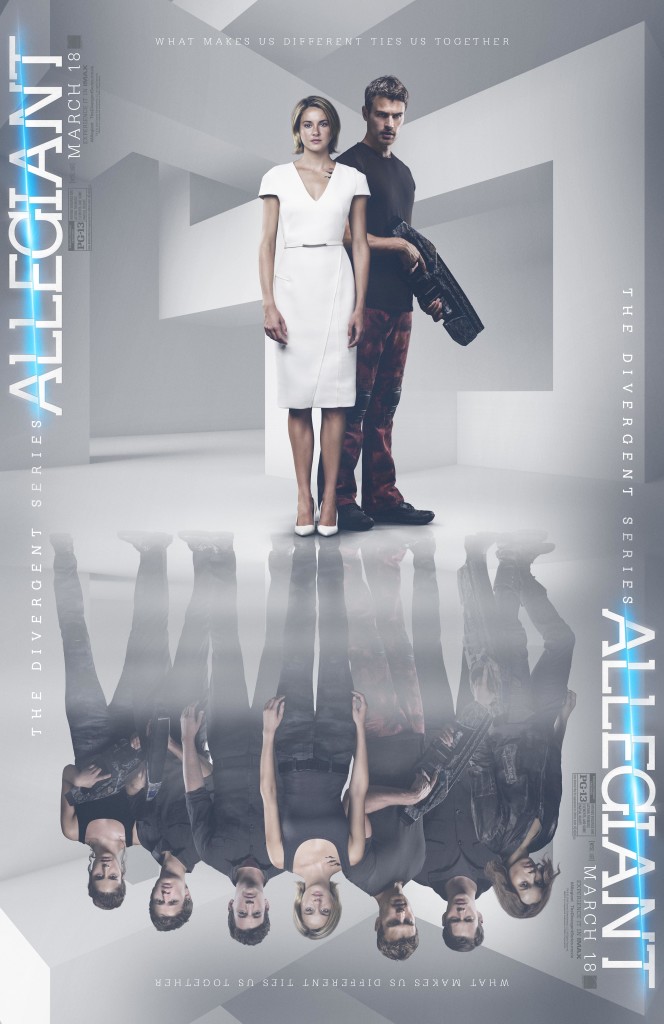 After the earth-shattering revelations of INSURGENT, Tris (Shailene Woodley) must escape with Four (Theo James) and go beyond the wall enclosing Chicago. For the first time ever, they will leave the only city and family they have ever known. Once outside, old discoveries are quickly rendered meaningless with the revelation of shocking new truths. Tris and Four must quickly decide who they can trust as a ruthless battle ignites beyond the walls of Chicago which threatens all of humanity. In order to survive, Tris will be forced to make impossible choices about courage, allegiance, sacrifice and love.