Review: Darius & Twig – A Story of Tragedy and Triumph

Review: Darius & Twig – A Story of Tragedy and Triumph

This review is brought to you by a teen critic, Lexie Scharnberger, who’s a high school student in the DC Metro Area. 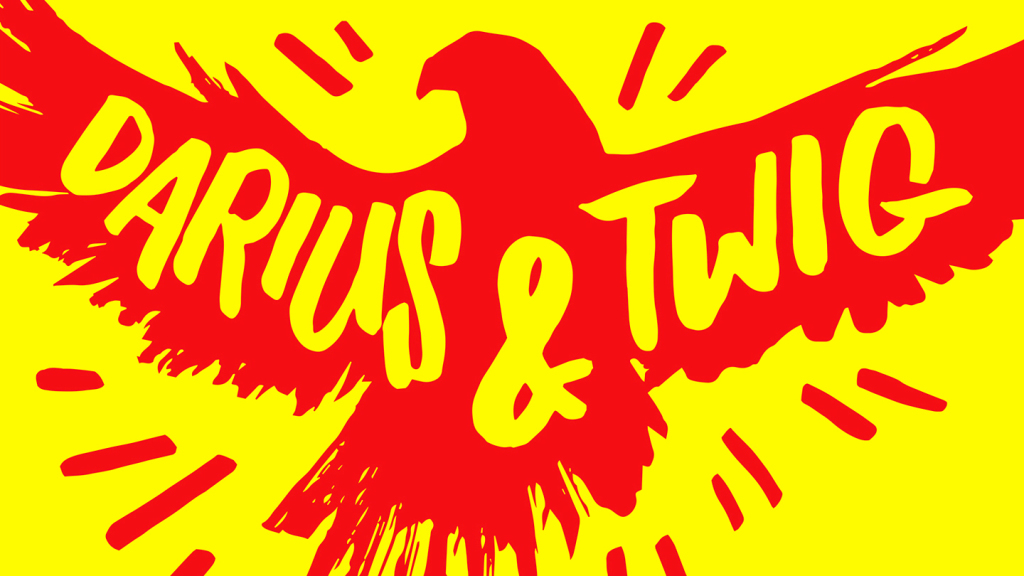 Darius and Twig, adapted by Caleen Sinnette Jennings, is a touching story about the hardships of growing up on the streets of Harlem. This play puts a new twist on real world problems. This story is centered on the theme that one should follow their dreams no matter the obstacles or setbacks. This is a powerful message that all children should be exposed to.

The story starts with Darius talking about his life in Harlem and how his friendship with Twig has helped him through the years. Darius is a talented writer and Twig is a talented runner. Both face challenges in their paths to the top. One common obstacle is the neighborhood bullies, Midnight and Tall Boy. These bullies make Darius and Twig feel like it’s wrong to be good at something. Both characters succeed in the end and excel at their respective talents. 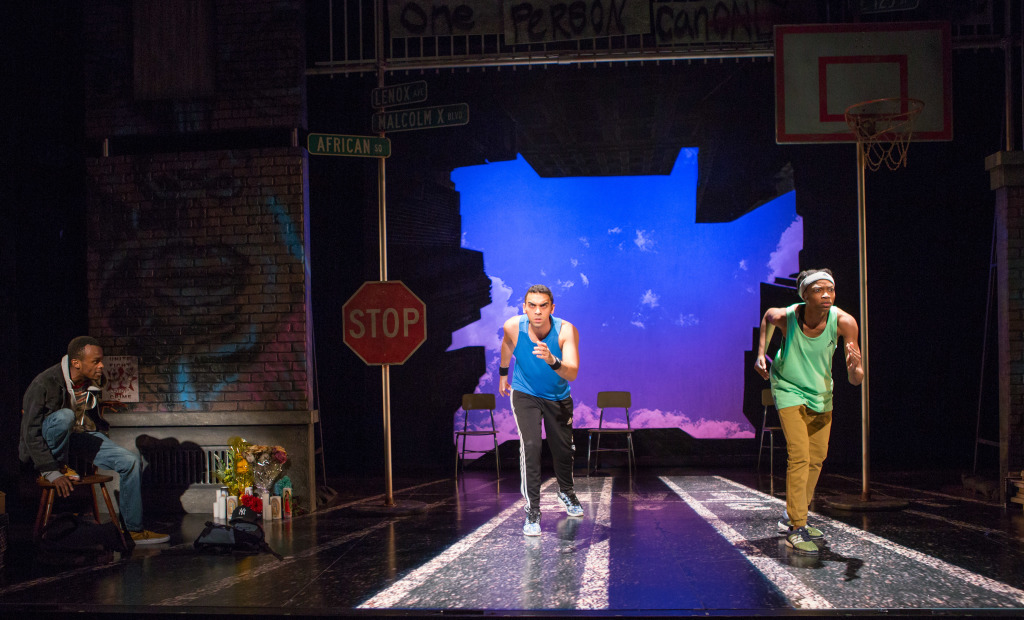 The acting in this production was unlike anything done before. The monologues, especially those done by Darius (Justin Weaks), were spoken in rhythm to music. This gave the words excitement and made the show more imaginative. Weaks also made incredible use of the fourth wall during his numerous monologues. It is also spectacular that a show with so many characters was put on with only four cast members. Manu Kumasi, who played a variety of roles such as Coach Day and Lionel Dornich, executed his lines in such a way that even the blandest of lines were suddenly hilarious.

This is a great coming-of-age story about perseverance and courage. Darius and Twig is incredibly inspiring and empowering.

Aforementioned, music played an important role in this production. The music kept a steady beat for all monologues, but also kept up a certain energy throughout the show. The composer (Nick Hernandez) helped enhance the show vastly with his contemporary ideas. There was a lack of sound effects in this performance and there were a few times when sound effects were needed.

The lighting was overall uninteresting. It was the same lighting that has been used on every stage. There was one scene where the lighting was noticeably unique; when the police lights were flashing. The set was outstanding. The set consisted of a brick wall with a walkway in the middle. Graffiti was projected onto the walls to make it look more like a neighborhood in Harlem. Costume was adequate. There was no real need for extravagant costumes in this production, so costumes consisted mostly of jeans and sweatshirts. 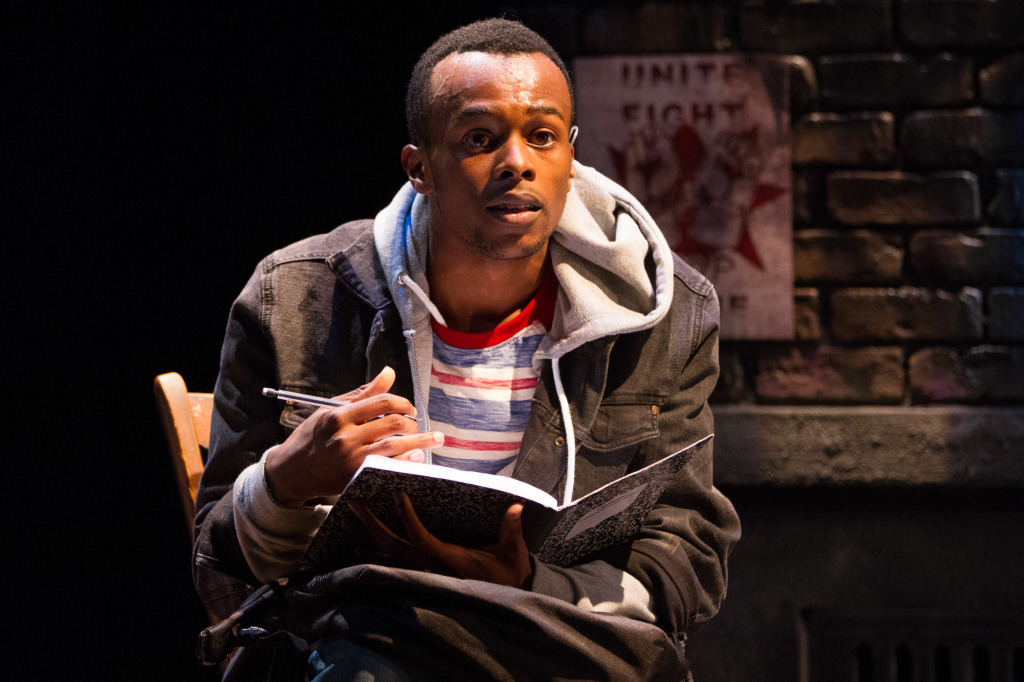 Staging was great in this play. A handful of scenes were set on the roof of a building and the director did a great job of portraying that. The Director (Eleanor Holdridge) made a lot of decisions that really made the show. The articulation of the actors’ lines added humor and suspense, all thanks to Holdridge. The staging was excellent as well. In order to depict running, an image of a track was shown on the ground and the actors would walk along it and pretend to run. This was a really artistic technique. The director used her stage as best as she could and came up with creative solutions to things that couldn’t be done easily.

The movement in this performance was fun. The movement really came into play during Darius’ “Fury” moments. During these, he would fly around the stage like a falcon. Overall, the movement was executed to perfection.

This is a great coming-of-age story about perseverance and courage. Darius and Twig is incredibly inspiring and empowering. Overall, every little aspect of this production was near perfection and everything tied into the main theme that one should follow their dreams.

TICKET INFORMATION:
Darius & Twig runs in the Kennedy Center Family Theater from October 30 to November 8, 2015. All seats are $20.  Please visit the Kennedy Center website or by calling Instant Charge at (202) 467-4600. Patrons living outside the Washington metropolitan area may dial toll-free at (800) 444-1324.