How Shrek: The Musical saved my summer

How Shrek: The Musical saved my summer

Taking my kids to see Shrek: The Musical at Encore Stage & Studio saved our summer. It’s three months later, and I am still humming along and sending up gratitude for such a fun show.

We have attended loads of performances with Encore, and my kids have done some of their camps. But we walked into Shrek unprepared for its delights. I’d see the film years ago but never the musical, which I now love. I never would have discovered it if not for Encore. The play has become a great reference point in our family.

It’s a tale of acceptance and compassion — a story about claiming that which might make you cringe in the mirror as, instead, a flag to wave. And high. When we limped into the theater that Saturday in July, my son’s leg was newly dressed in a blue cast. Although he was no longer in pain, and it was a small fracture that was expected to heal quickly, it had still changed everything.

We didn’t get to do our mother-son week of sporting adventures while his sister was in camp. We had to cancel one camp for him and weren’t sure if he’d be able to go on another. So it was heartening to watch the talented actors shrug off their ideas about their own limitations in Shrek. For those who haven’t seen the musical, one of the big numbers is “Let Your Freak Flag Wave,” when all the storybook characters stop wishing they were different in some way and instead embrace their real selves. This is a great message for anyone, but I think it was especially helpful for my broken-legged nine-year-old to hear. 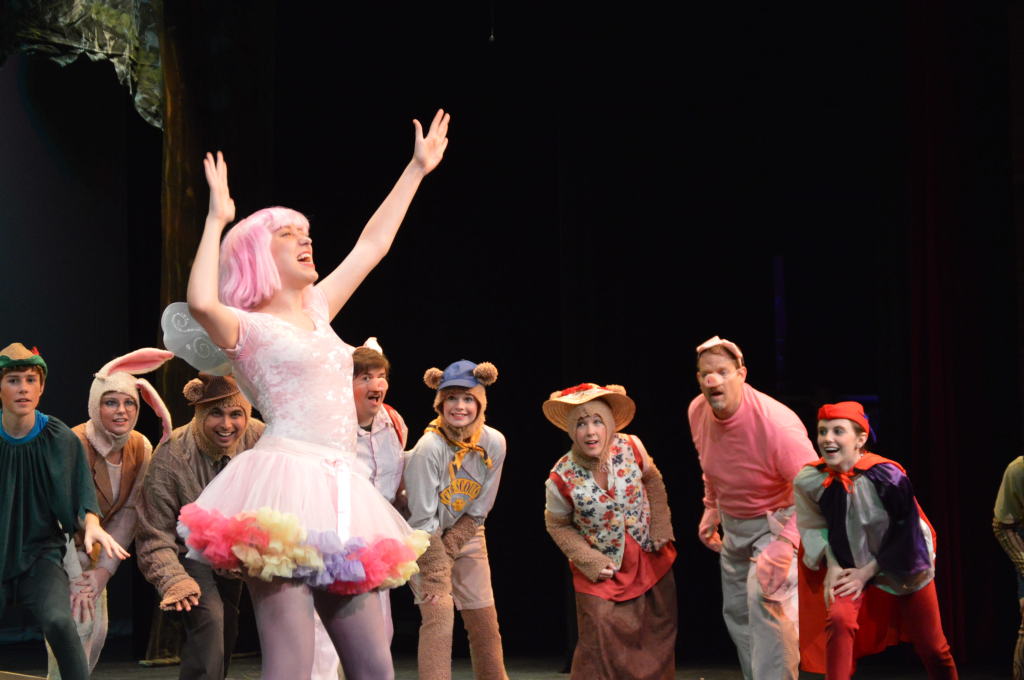 It was also nice to see the actor who played Baby Bear from the Goldilocks story performing in crutches. More than one person commented in a cheery way to my son after the performance that he could have been Baby Bear!

We love Encore because it is theatre by kids and for kids, but it was also nice to see the child actors perform with some older and more experienced actors as is done the summer performance each year. (For the 2015-16 season: Mary Poppins in July).

The week after the performance, my son and I went to the library to get a Harry Potter video. (We spent a lot of time reading Harry Potter during my son’s time in a cast). There among the kids’ videos was Shrek, The Musical from its Broadway run. We checked it out and watched it while little sister was at camp. It was a hoot and gave me new appreciation for just how well done the Encore performance had been. I’d already appreciated the Encore actors’ comic timing, enthusiasm and vocal prowess, but that appreciation only increased when I saw how close their performance was to the professionals’. 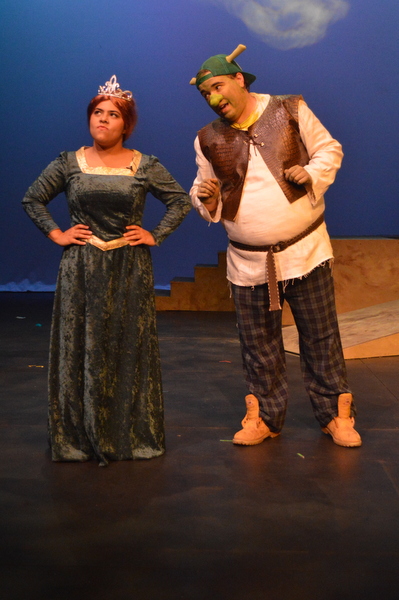 As the summer went on with additional health challenges for me and my extended family, I drew on the memories of the performance I’d seen on the Encore stage. Lo these months later, my five-year-old daughter can still be heard launching into the freak flag song at all hours of the day, which I love. We also have enjoyed listening to many renditions of he hopeful “I Know It’s Today.”

My absolute favorite, though, is “Beautiful Ain’t Always Pretty,” which comes at the end and shows Shrek and Fiona and all the members of the company celebrating their multiple and conflicting identities. I want to cry with joy every time Fiona belts out that she is “mess of contradictions in a dress!” Ain’t we all, sister? “This is our story,” indeed.

My son is on the cusp of being ready to audition for his first show. I’m so glad he’s had the experience of attending several Encore shows. Seeing the child actors in different roles, watching them grow, and reading about the other interests of the local cast and crew in the programs has helped him see theatre as something to be undertaken as a process in a full life, not just a moment in time.

The next round of show auditions will be December 8 and 9 for Treasure Island, which runs Feb. 27 through March 6. Auditioning is free and requires no preparation, but there are optional pre-audition workshops children can take for a fee.

Please note: Song links are to various other performances, not to the Encore performance described above.

Disclosure: I was given two tickets to review this performance. All opinions are my own.

Jessica Claire Haney is a mother of two and founder of Mindful Healthy Life, an online lifestyle magazine for natural-minded parents in Metro DC. Her personal blog is Crunchy-Chewy Mama.