We do a lot of theater giveaways here at The DC Moms, mostly because we’re firm believers in the power of attending live performances. Even though I review movies for a living, I think there’s something magical about going to the theater. Today we’re offering two tickets to see CHICAGO at the National Theatre. The tickets are for the first show February 10th at 7:30pm and can be picked up that evening at a table set up by the box office (doors open at 6:30pm).

CHICAGO is one of my favorite musicals, because I love Bob Fosse’s legendary choreography. Of course, the subject matter is too mature for young children (just watch Cell Block Tango if you need a reminder) , so we suggest you use the tickets for a Moms’ Night Out with your friends or a Date Night with your spouse or significant other. To enter, just leave a message telling us what your favorite song is from CHICAGO! Winner will be notified by Friday, Feb. 6th! 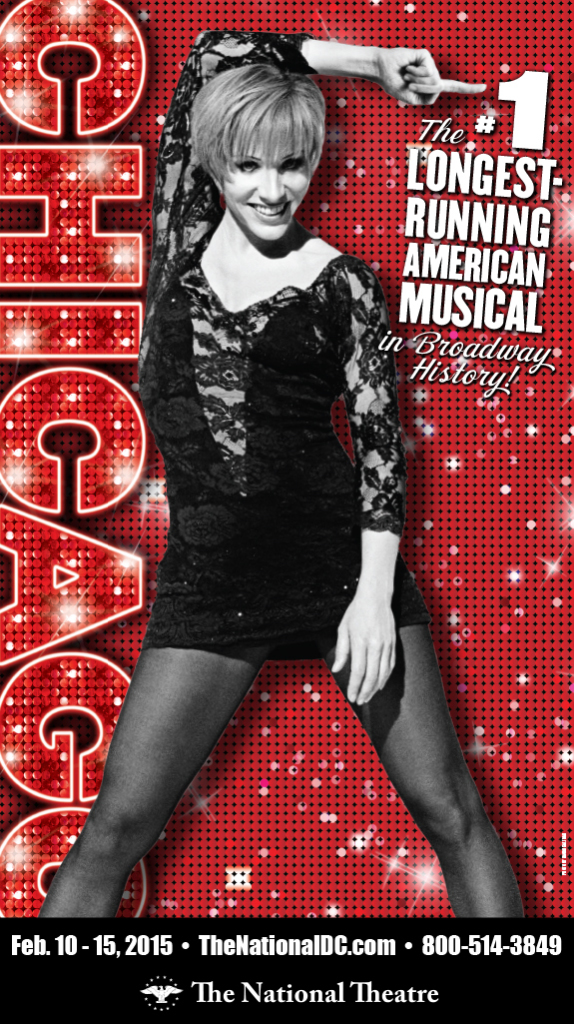 A true New York City institution, CHICAGO has everything that makes Broadway great: a universal tale of fame, fortune and all that jazz; one show-stopping-song after another; and the most astonishing dancing you’ve ever seen.

No wonder CHICAGO has been honored with 6 Tony Awards®, 2 Olivier Awards®, a Grammy® and thousands of standing ovations.

It’s also no surprise that CHICAGO has wowed audiences all around the world, from Mexico City to Moscow, from Sao Paulo to South Africa.