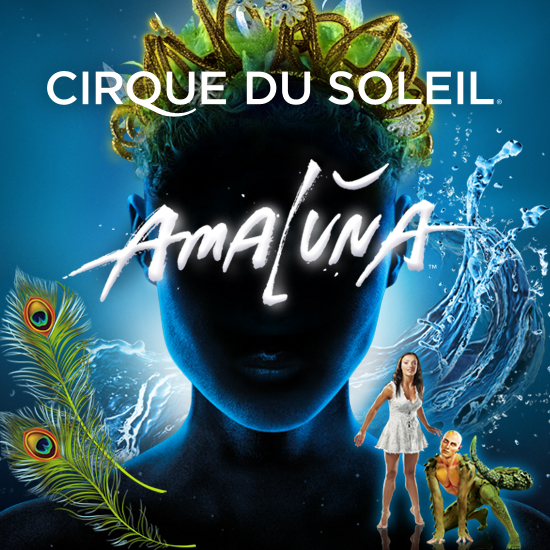 We are excited to give four tickets away to Cirque du Soleil’s Amaluna production at the National Harbor. My family attended the show, and it was amazing. Unlike other shows, Amaluna is a celebration of women, with a cast that’s 70% women, including an all-female band.

“Amaluna is a tribute to the work and voice of women,” explains Director of Creation Fernand Rainville. “The show is a reflection on balance from a women’s perspective,” he adds.

My husband and I were especially excited that the show was directed by 2013 Tony Award winner (Pippin) Diane Paulus: “I didn’t want to build a ‘women’s agenda’ show. I wanted to create a show with women at the center of it, something that had a hidden story that featured women as the heroines,” she said about the show. Paulus drew from a series of classical influences when creating the concept of the show; most notably Shakespeare’s The Tempest, Mozart’s The Magic Flute and various tales from Greek and Norse mythology.

According to Cirque du Soleil, the backstory of the show is as follows: The show’s action takes place on a mysterious island governed by Goddesses and guided by the cycles of the moon. Their queen, Prospera, directs her daughter’s coming-of-age ceremony in a rite that honors femininity, renewal, rebirth, and balance which marks the passing of these insights and values from one generation to the next.

In the wake of a storm caused by Prospera, a group of young men lands on the island, triggering an epic, emotional story of love between Prospera’s daughter and a brave young suitor. But theirs is a love that will be put to the test. The couple must face numerous demanding trials and overcome daunting setbacks before they can achieve mutual trust, faith and harmony.

Kids are unlikely to pick up on all of the feminist and literary themes, but they will still know that the show focuses mainly on women, and they will be in awe of the various women (and men) whose routines are breathtaking and awe-inspiring. One of our favorite routines was this one, in which a woman picks up stick after stick from the floor (usually with her foot) and manages to do this: 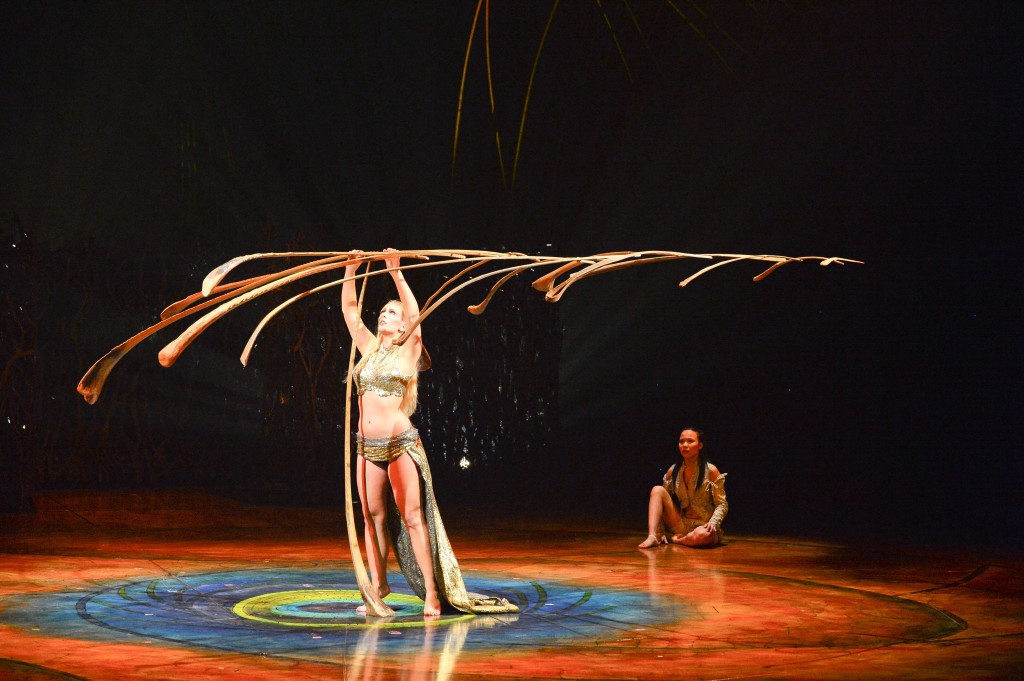 And if you want to win the four-pack of tickets we’re giving away, leave a comment by 11:59PM Sunday Aug. 24. below telling us why your family would like to attend. Note: The tickets are for Thursday, Aug. 28th’s 8PM performance.