A Peek Inside the First Indoor National Book Festival

A Peek Inside the First Indoor National Book Festival

The Library of Congress National Book Festival is still going until 10 p.m. this evening, so I’m no expert about how many people are attending this year, but I present this scientific estimate: A lot.

I know that many folks — including one of this year’s top readers, Alice McDermott, in an essay for the Post’s Book World special festival section — have expressed at least initial disappointment that the annual event, usually the third weekend in September on the National Mall, was moved inside to the DC Convention Center. It’s understandable to wish for the casual flavor of that outdoor venue, if only it hadn’t done such a number on the Mall grass. Although I’m usually one to push for outdoors whenever possible, I have to say that I thought the new indoor venue worked.

Outside from the new carpet smell (that most people probably didn’t even notice), the Convention Center was perfectly hospitable and not too loud despite the huge crowds. I’m sure the event planners will get some feedback about not enough this or that and too long lines leaning on their stroller for a for photo op with a cartoon character at certain times of the day, but such is life in the big city! 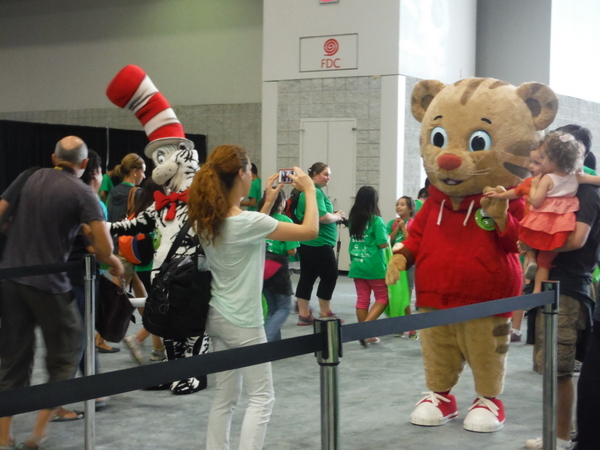 There were so many options of activities for kids, you could really spend the whole day at the festival… and without sweating or eyeing the darkening sky with suspicion as before when it was outside.

The lines for the author signings were well organized all in one place, 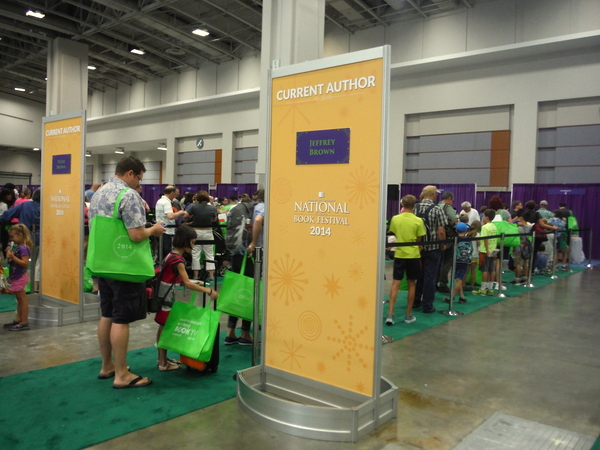 but the line for Captain Underpants author Dav Pilkey, the main author reading attraction for us this year, was too long for us with the limited time we’d planned to be at the event.

We were glad that we’d already bought a signed copy of his book. (Thank you, Politics & Prose!) The sales area was enclosed so that only serious purchasers could get close to the goods (and the enclosure probably helped it seem a little less hectic). It was crowded enough to give a clear signal of success but manageable with plenty of friendly and helpful volunteers, as was true of the whole event. The register line moved surprisingly fast, too.

After Pilkey’s wonderful reading, instead of waiting for a second signing of my son’s book, we did some crafts and sent postcards to my son’s grandparents and little sister from the Wells Fargo mailbox, 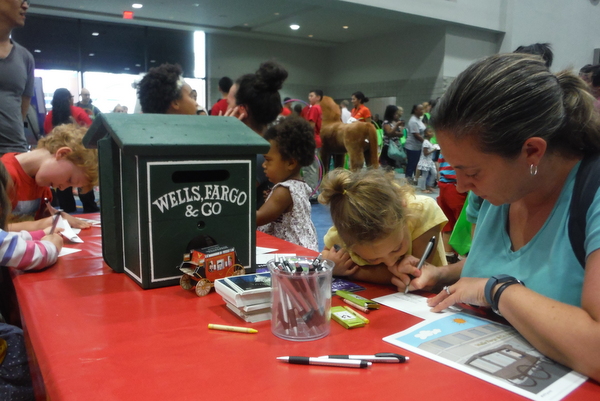 tried our hands at throwing hula hoops over horses, 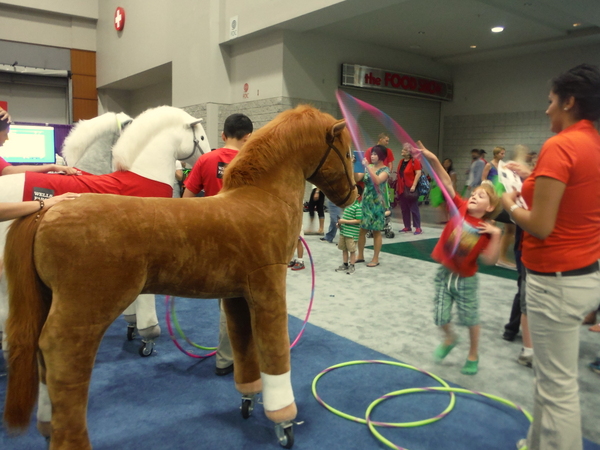 played some games, saw some puppets, and picked up some stickers and pins from PBSKids, 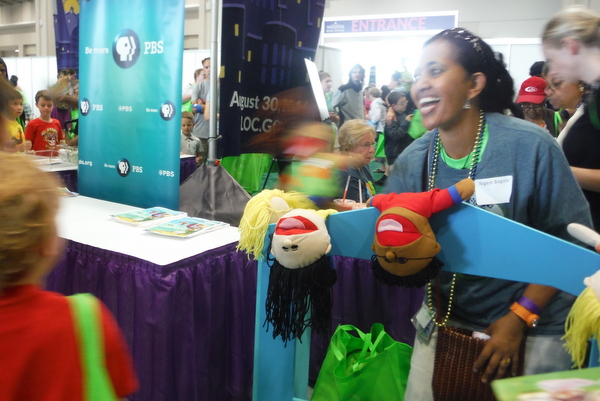 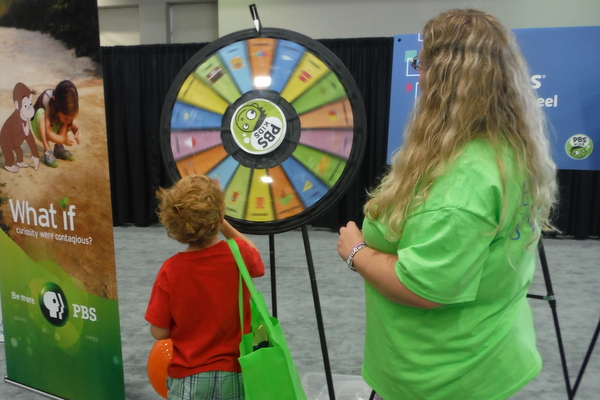 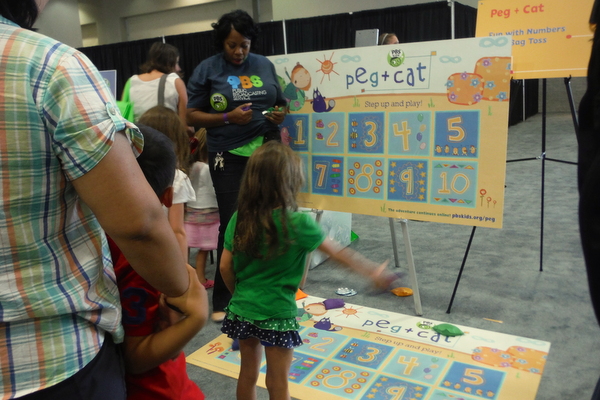 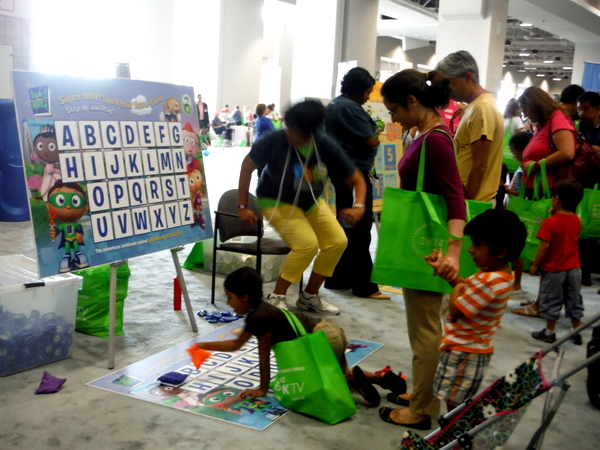 posed for pics with a giant Captain Underpants and got some sweet tattoos from his handlers at Scholastic. 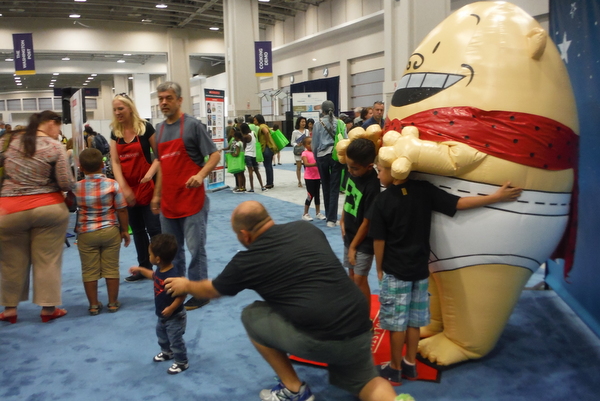 We only just barely started the tour of states, hitting just Wyoming and Washington before hunger called and we decided to pack it in while the getting was good. And to get back to my husband and daughter. 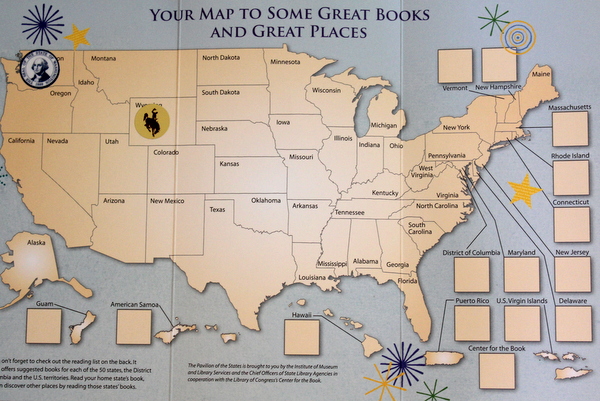 I was so pleased that local independent bookstore Politics & Prose had been granted the position as official bookseller, I engaged my cashier to ask if he worked at the store. He had worked at the store in the past, and having moved to Ann Arbor, Michigan, for his partner to attend law school, he came all the way back to help out with this weekend’s event.

Our day was filled with that kind of positive vibe and a spirit of community. Maybe it helped that we went for a short time, but I would go back in a heartbeat. If I could clone myself, this wanna-be novelist be back at the festival now, alone seeing some grown-up authors. But ditching the family for the afternoon felt a little too much for this particular weekend. Also, I was too hungry to stay. My husband had said — rightly so — of our younger daughter that she had the potential to turn the excursion into a fiasco. So he took her grocery shopping instead.

She is four and certainly would have enjoyed some aspects of the festival — and there were tons of toddlers and babies there whooping it up — but that kind of excursion can also turn ugly if you’re not prepared. or if one of the parents is not so psyched about the whole affair. I think next year she’ll have more stamina and more interest in the numerous storytelling and craft opportunities. We’ll come packing with gluten-free lunches in tow and make a day of it as a family. Or I’ll hand both kids over to my husband and go to half of the thing alone.

Metro has some track work this weekend, but not on the yellow line, and it sure is convenient to pop out right there at the Convention Center. Maybe I’ll just turn around and head back while my son reads his book and my daughter plays with the loot we brought back for her! 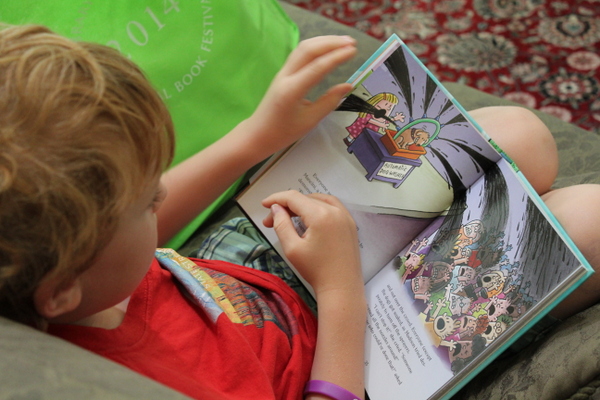 Jessica Claire Haney is a Northern Virginia mother of school who is working on her first novel. Her resource website for natural-minded parents in Metro DC — Mindful Healthy Life — launched on Earth Day 2014. She also runs a local chapter of Holistic Moms Network.