Flash Giveaway: Tickets to West Side Story for June 3

Flash Giveaway: Tickets to West Side Story for June 3

We obviously love theater here at The DC Moms, and we are happy to be giving way two tickets to the new West Side Story revival at the National Theatre. The show is one of my personal favorites — I even had a close friend sing “One Hand, One Heart” at my wedding! — and I hope one of you readers is able and willing to get a babysitter to see the musical Tuesday, June 3 at 7:30 PM. To enter the contest, just leave a comment with a valid email by 6PM this evening. I will email the random winner so you can pick up tickets at the National Theatre tomorrow night before the show. 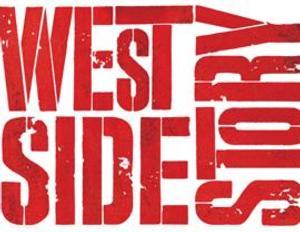 More than fifty years ago one musical changed theater forever. Now it’s back and mesmerizing audiences once again. From the first note to the final breath, WEST SIDE STORY soars as the greatest love story of all time. This revival, based on Tony Award-winning librettist Arthur Laurents’ Broadway direction, remains as powerful, poignant and timely as ever. The Bernstein and Sondheim score is considered to be one of Broadway’s finest and features such classics of the American musical theatre as “Something’s Coming,” “Tonight,” “America,” “I Feel Pretty” and “Somewhere.” As the Associated Press says, “WEST SIDE STORY remains Broadway’s best dance-driven musical. Five decades have not dimmed the extraordinary choreography or the score that pulsates throughout.”

Here’s a montage of “West Side Story” numbers:

When she’s not listening to or singing along to showtunes, Sandie, The DC Moms Editor in Chief, reviews movies and writes about entertainment and young adult literature at Common Sense Media and Teen Lit Rocks.