If there had been a program like Encore Stage & Studio where I grew up, I might have a very different life. 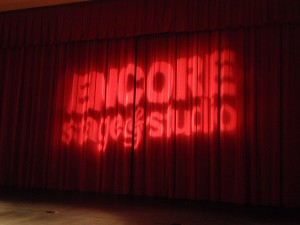 Being on stage was always a dream, but in my small town, there weren’t any options for kids, at least as far as I knew or as far as my mom was willing to go!

My son was so talkative and personable before he turned three, I thought he’d be a natural for acting. I wasn’t going to get him an agent or anything, but I did hope that he might give a hearty thumbs up to the idea of acting camp at an early age. 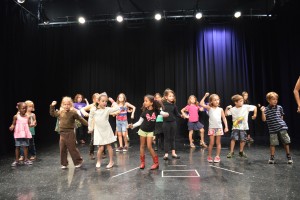 Not so. It wasn’t until we’d been to two Encore shows quick succession that he changed his tune. Nearing age 8, he was newly able to appreciate theater in a way he hadn’t watching other productions and getting just a little too caught up in the fantasy of it all, enough to feel a bit overwhelmed. But when we saw the Lion, the Witch and the Wardrobe (after having read the book) and then when we saw The Little Mermaid, he enjoyed the experience thoroughly and pored over the camp brochures we brought home.

It’s just a really nice vibe they’ve got going on. After all the Encore shows, audience members can go out into the theatre’s lobby and have the actors sign their programs. My son enjoyed meeting the actors and then reading about them on the way home – what grade they’re in, where they go to school. He got to see them as peers. Healthy, happy peers! Maybe the Encore actors are just, er, good actors, but they sure give the appearance of being really grounded little people! They have all been so genuine and pleasant, like they just got done with the best time and couldn’t imagine anything more fun than talking with people who were in audience. 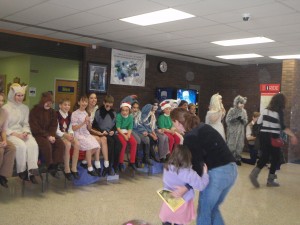 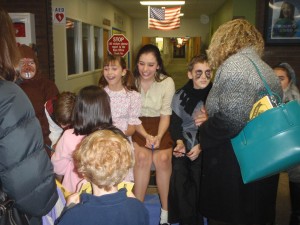 Before we left the theatre when the final performance of The Little Mermaid concluded, I had a chance to chat with the mom of Katelyn Sparks (“Ariel”) about her experience as a stage mom. She was overwhelmingly positive about Encore and what a supportive environment it was for children exploring the creative arts. Katelyn also played Helen Keller in her school performance. As I thought about just letting my kid play in the back yard or nudge him gently toward at least a trial in the acting world, it was reassuring to see this great actor’s mom not as a frazzled parent who was driving her kid all over the place in pursuit of fame but rather just as a mom who enjoyed watching her daughter enjoy herself.

We all just want our kids to enjoy themselves, right? And to learn something about themselves and about life along the way?

My younger daughter is much less verbal than my son was at this age, but I now see it may be she who is the natural actor. The expressions that girl makes! I don’t know if she’s just a better emulator of her drama queen mother or what, but when I saw that Encore starts its summer camp at age four, I signed my daughter and son both up for a two-week session right after her birthday. My son went to a one-day camp during spring break and had a great time. 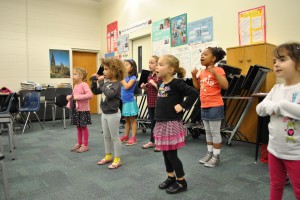 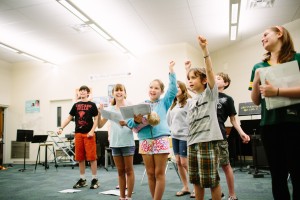 Whether or not either of them decides to pursue acting further or to ever audition for any Encore shows, I’m excited for them to both have the experience of creativity in a group in a supportive environment.

And it’s easy to feel good about Encore as an operation. Encore donated tickets 100 tickets to its performance of The Little Mermaid to Campbell Elementary, a Title I school, and 100 tickets to Nauck Community Services Center. Both recipients are located in south Arlington. In April, Encore announced a community partnership with the Nauck center to provide scholarships for students in the NCSC SOL program and other Nauck references to participate in Encore’s various camp opportunities. Encore offers additional scholarships for all its educational programs for families with financial need.

And, as Elaine mentioned in her post on the 12 Dancing Princesses, the Saturday, May 31 11 a.m. performance is providing accommodations for attendees with special needs and disabilities, including ASL interpretation and assisted listening devices and programs in large print and in Braille. For more information, see Encore’s blog post “Making Theatre Accessible to All.” The show runs this weekend and next weekend, through June 8. For ticket information, see http://www.encorestageva.org/tickets/.

Many of Encore’s summer camps are full or nearly full, but a few still have room. The “It’s Elementary” programs (ages 4-9) have room during Session 1 (June 21-July 3 at Williamsburg Middle School), Session 3 (July 21-August 1 at Taylor Elementary), Session 4 (August 4-15) and Session 5 (August 18-31), both at Theatre on the Run in Shirlington. The “Scenes for Tweens” programs (ages 8-12)  have room during Session 1 at Kenmore Middle School and Session 4 at Marymount University in north Arlington.

Photos are my own and courtesy of Encore Stage & Studio.