Giveaway: Bring It On: The Musical at Strathmore

Giveaway: Bring It On: The Musical at Strathmore

Bring it On: The Musical is coming to the DC area for two performances only! This Saturday, March 29, the National Tour of the Tony-nominated cheerleading musical will be in town at the Music Center at Strathmore. There are only two chances to see the musical here, and we’re ready to hook you up with tickets! 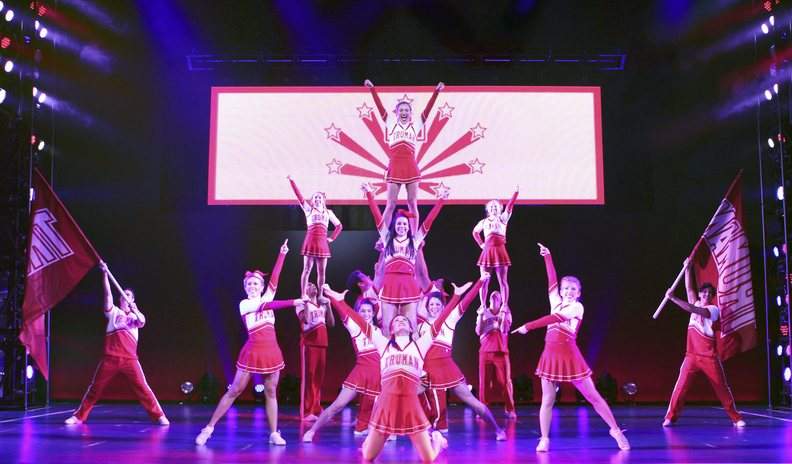 Based on the movies of the same name, the musical comedy made its Broadway debut Aug. 1, 2012 at the St. James Theatre and went on to earn two Tony Award nominations (Best Musical and Best Choreography). The story is set in the high-stakes world of cheerleading competitions. Is winning really worth it when it costs you someone you care about? Filled with catchy songs and amazing cheer-inspired choreography, the musical seems perfect for a mother-daughter trip to the theater!

“Bitingly relevant and sprinkled with sass, this Tony-nominated Broadway musical takes you on a high-flying journey through friendship, forgiveness and determination, set in the extreme competition of high school cheerleading. With book and lyrics by the creators of Avenue Q and In the Heights, Bring it On snaps with wit and dazzles with “breathtaking displays of human fireworks that send the show’s well-drilled dancers flying skyward…” (The New York Times).

Ready to go? Get discounted tickets! Watch a  montage from the musical:

GIVEAWAY TIME! We are offering one reader two tickets for the 8PM show this Saturday night, March 29. Just leave a comment telling us why you love musicals, and you’ll be entered to win. Just make sure your comment is in by 11:59PM Thursday, March 27. We’ll randomly pick a name the morning of Friday, March 28, and contact the winner that same day.