My family is already participating in a 5K this weekend — my daughter’s Girls On the Run 5K in Montgomery County — so we can’t make it… but we think this 5K + party would be make for a fabulous date night for a fit couple. We’re giving away five pairs of tickets to attend the 5K and afterparty courtesy of Toyota’s 2014 Corolla. Toyota  is partnering with LivingSocial for a race featuring an interactive glow-in-the-dark course set to music. Following the race, participants will be admitted to a massive glow-in-the-dark after-party inside the D.C. Armory with music by Italian electronic dance music sensation Shy Kidx. 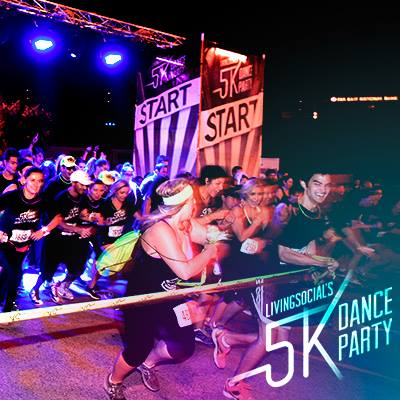 Here’s what you get if you win one of the pair of tickets to run the 5K Glow Run Dance Party this Saturday:

–Complimentary passes to participate in the Nighttime 5K Glow Run

–Admission to the Post-Race After Party with ShyKidx

To enter our giveaway you just need to comment with a reason you could use the 5K Dance Party tickets. Is it the run, the night out, the chance to party like a 20-something? Let us know by Friday morning at 9AM ET, and we’ll let you know how to pick up or print out your tickets by Friday afternoon.