Three Movies I Can’t Wait to See this Fall

Three Movies I Can’t Wait to See this Fall 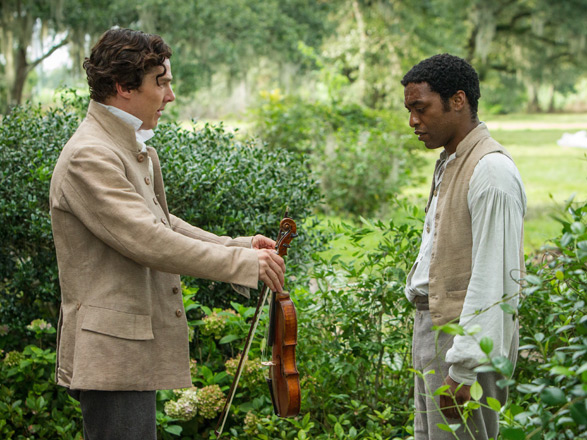 Now that the summer movie season is finally over, I’m excited about the fall and winter releases, many of which look like Oscar contenders, while others just look like fun. Here are three movies I personally can’t wait to see this fall! What are you willing to pay to see this year?

I know it’s cliche to say, but I’d watch Rickman read the phonebook, so of course I want to see him play Hilly Kristal, the founder of the legendary music venue, CBGB. It’s one of my life’s regrets that all I ever did was walk by the place, but I never saw any bands play there, despite living in NYC for 13 years. I’m excited to see all of the actors who are playing CBGB regulars like the Ramones, Debbie Harry, The Dead Boys (Ron Weasley goes punk!), The Talking Heads, and Iggy Pop (that would be Foo Fighters drummer Taylor Hawkins).


With a cast like that, does it really matter what the movie is about? Hell to the no, but I’ll tell you that the movie, directed by Steve McQueen, is about Solomon Northup (Ejiofor), a Northern free man and classical musician who’s kidnapped and sold into slavery back South, where his slaveowner is played by Michael Fassbender. I’ve seen McQueen and Fassbender’s last two films (“Hunger” and “Shame”), so there’s no doubt I’ll be seeing this acclaimed cast in their latest collaboration.