A couple of weeks before school started, my two youngest kids and I headed to Queen Anne’s County on Maryland’s Eastern Shore to visit a Dairy Farm as the second part of our Real Seal Challenge to see where our milk and dairy products come from… The answer is that a great deal of the milk we buy in Maryland is from the Maryland & Virginia Milk Producers’ Cooperative, an association of nearly 1,500 dairy farms. One of those family farms is the Patterson Dairy Farm in Chestertown, Md.

The three of us joined Aimee of Smiling Mama‘s family for a guided tour of the farm by third-generation farmer Charlie Patterson and his wife Sherry, who along with running the family farm with Charlie Sr. are also raising five kids. The Patterson Farm has 300 cows, some of which we found too irresistible not to photograph. 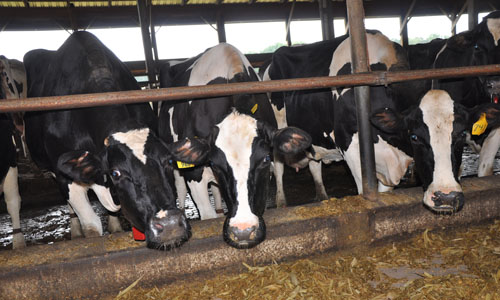 The Pattersons explained how the milk their cows produce is tested to make sure it’s Grade-A and then trucked off to a milk processing center where it’s combined with the milk from the other farms in the Cooperative. That milk is then packaged and sold in Giant supermarkets in Maryland under the store’s label. In Virginia Beach, the milk is sold as Marva Made milk and ice cream. I had *no* idea that buying “generic” milk would benefit local family farms, like the Patterson’s. Now I know that Giant-labeled milk isn’t shipped from some far off state; it’s milk from our own area. Of course, the Patterson’s would say this is obvious to anyone understands how short a shelf life milk has, but hey, I’m a city girl and hadn’t thought this through very much. 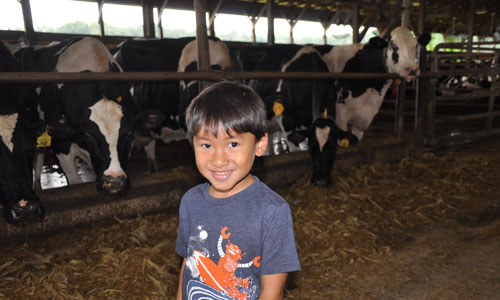 Our visit with the Patterson family was such a hit with my kids, that they didn’t even mind the “farm” smell of manure and corn feed. Look at how thrilled my 5-year-old son is to be in the presence of so many real life cows! My 8-year-old daughter was equally as excited to be the day’s unofficial photographer. 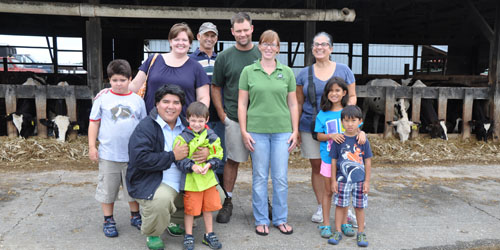 After our tour of the farm, we all posed with the Pattersons in front of their juvenile cows. The Pattersons suggested we continue our exploration of farm life by visiting the Queen Anne’s County Fair nearby, so that’s exactly what we did. We drove to the Fair, where we visited the Holstein Farmers Association’s ice cream kiosk in the Patterson’s honor. Since then my husband and I have bought Giant-brand milk twice and wonder if any of the milk we’re drinking is from the Patterson Dairy Farm!

One last thing: the Pattersons and I talked about how growing up the REAL Seal was on so many dairy products but how now it’s not as prominent as it used to be… but the Seal is making a comeback, and the National Milk Producers Federation wants your help to rename their mascot. If you have any thoughts on what to name the REAL Seal character, here’s your chance!

This post is sponsored by the National Dairy Producers, which provided my family with a stipend to travel to the farm. All opinions are my own.