Wolf Trap’s Children’s Theatre-in-the-Woods is offering one lucky reader a family four-pack to attend this week’s Alastair Moock Show on Thursday July 25th, 2013. If your family is free this week and looking for something amazing to do, consider going to Wolf Trap with your kids to experience Children’s Theatre-in-the-Woods. I know it’s a schlep for those of us on the Maryland side, but Wolf Trap is a perfect way to introduce/expose children to theatrical performances. The kid-targeted performances begin at 10:30am, Tuesdays through Saturdays. Shows are approximately 45 – 60 minutes and are recommended for children ages 4 and up.
Here’s more about singer-songwriter Alastair Moock, who’s performing this week 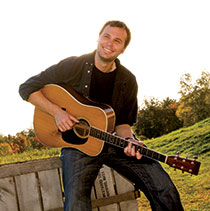 “Get a country-sized helping of sing-and-dance-along tunes served family-style with acclaimed musician Alastair Moock, who has an “indie sensibility hip parents dig.” (“The Boston Herald”).

Watch one of his music videos:

If you can make it to Thursday’s performance and would like to enter for four free tickets, leave a comment by 3PM ET today, and I will notify the winner by 4PM this afternoon!