6 Great Gifts for the Diary of a Wimpy Kid Fan

6 Great Gifts for the Diary of a Wimpy Kid Fan

One of the most popular series for elementary ages is Diary of a Wimpy Kid by University of Maryland grad, Jeff Kinney. Main character, Greg Heffley, is described by my third grade daughter as “someone that every kid can identify with” and delights elementary fans everywhere. Smart yet dorky Greg has his share of challenges in and out of school as he moves from tweendom to adolescence and ensures older brother, Rodrick’s ribbing, and constant parental embarrassment. For kids who anxiously await another installment of a Wimpy Kid book to come out and has seen the movies, any of these gifts would be great for any fan. 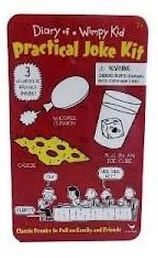 Diary of a Wimpy Kid Practical Joke Kit ($10.99)— Joke loving fans will relish this Wimpy Kid themed Joke Kit. Packaged in a tin, the kit contains a whoopee cushion, bug in an ice cub, and the infamous cheese from the original Diary of a Wimpy Kid book. Beware the cheese left around the house that can give you the dreaded Cheese Touch! 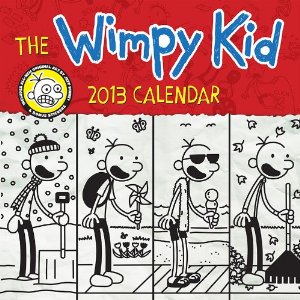 Diary of a Wimpy Kid 2013 Calendar ($13.99)— This 16 month illustrated calendar features original art from Wimpy Kid author and illustrator, Jeff Kinney. I love how the drawings are themed according to each month and cartoons featuring favorite characters from the series occupy appear in the day’s spaces throughout each month. 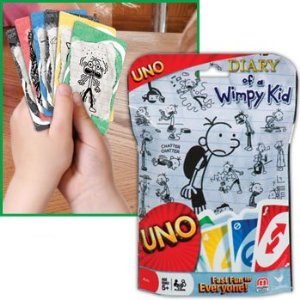 Diary of a Wimpy Kid Uno ($16.50) — The classic card game has gone Wimpy with cards featuring the cast of characters from the stories in lieu of numbers making it a must-have for fans and Uno lovers alike. 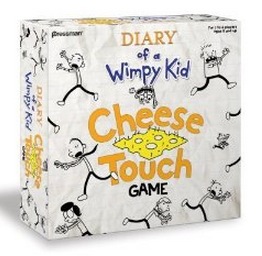 Diary of a Wimpy Kid The Cheese Touch Board Game ($24.99)— All fans know that no one wants The Cheese Touch. In this game, players move around the board while playing Who Said What, answering questions and guessing who might have said which answer. It’s a testament to how well you know your friends because if you guess incorrectly, you may get the Cheese!

About the Author: Leticia Barr

Leticia is the founder of Tech Savvy Mama, a site that assists parents in finding the best technology products, websites, and resources for children of all ages. She uses her experience as a former teacher and technology specialist for a large DC Metro area school system to evaluate the many different kinds of technology that come through her door and loves sharing honest feedback to make recommendations to her readers. Leticia splits her day between serving as a family internet safety and security expert (aka Chief BitMom) for BitDefender and being a mom and her nights between blogging at her own site, writing for The LeapFrog Community and Mom Blog Magazine, consulting for educational companies like PBS Teachers and Virtual Nerd, working behind the scenes on the MyBlogalicious site, and Tweeting. Frequently asked how she does it all, she replies that she doesn't sleep much!