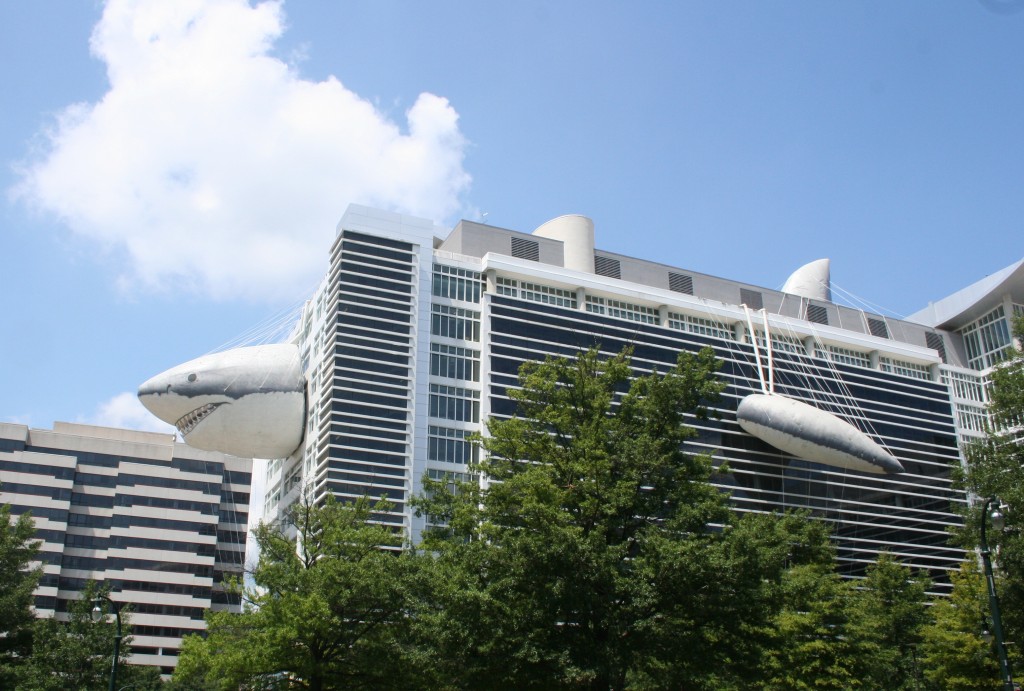 One of the perks of living in Silver Spring during Discovery Channel’s Shark Week is driving past Chompie. Never heard of our unofficial, fair weather mascot Chompie the Shark? In anticipation for their yearly Shark Week, the Discovery Communications HQ building is once again dressed up as a huge shark. The building becomes the body while the head, fins, and tail are made of fabric inflatables.

It’s not often I feel like a tourist in my own town, but seeing Chompie again this summer made me surprisingly happy. Especially since he (she?) didn’t make an appearance last summer.  One morning I threw the kids in the car, and we went for a ride for a ginormous shark viewing.  Both my 2 year old and my 6 year old chattered excitedly in the back seat as they gawked at Chompie’s huge teeth.

They made me turn around and drive past Discovery Communications for another view.

Thien-Kim chronicles her love-hate relationship with squash on My Cup of Creativi-Tea, wishing she got paid to nanny her own children at I’m Not the Nanny and sneaking time to read books at From Left to Write.