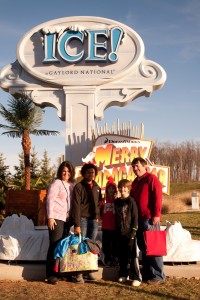 How long did a year seem when you were 7 and waiting for Christmas to come?

How fast does it go by now and you still have a million things to do before December 25th?

There’s so much to do at this time of the year, but taking time out to do special events with my kids forces me to slow down and appreciate the holiday season.  Last weekend we headed across the river to the Gaylord National and saw ICE!

The entire display is created by dozens of artisans who visit D.C. from Harbin, China to sculpt nearly 2 million pounds of ice.  Such nice artists–it takes them nearly an entire month of 12-hour shifts to transform the refrigerated tent where the exhibit is held into a remarkable icy wonderland.  I certainly hope they get a little time to take in the DC sites too after traveling all that way.

The whole thing really is amazing.  My husband I walked around the whole time marveling at what could be created from ice.  The kids hopped up and down pointing to their favorite characters and searching for the giant ice slide. 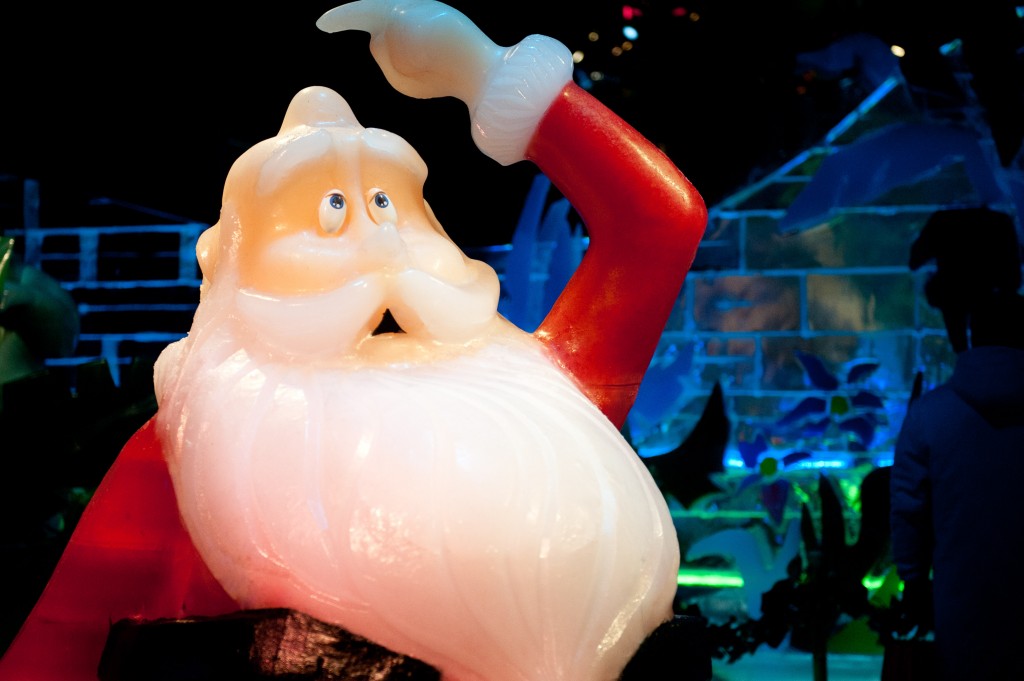 This year’s theme is Merry Madagascar.  Note the lump on Santa’s head.  Can you put ice on an ice lump to get the swelling down? 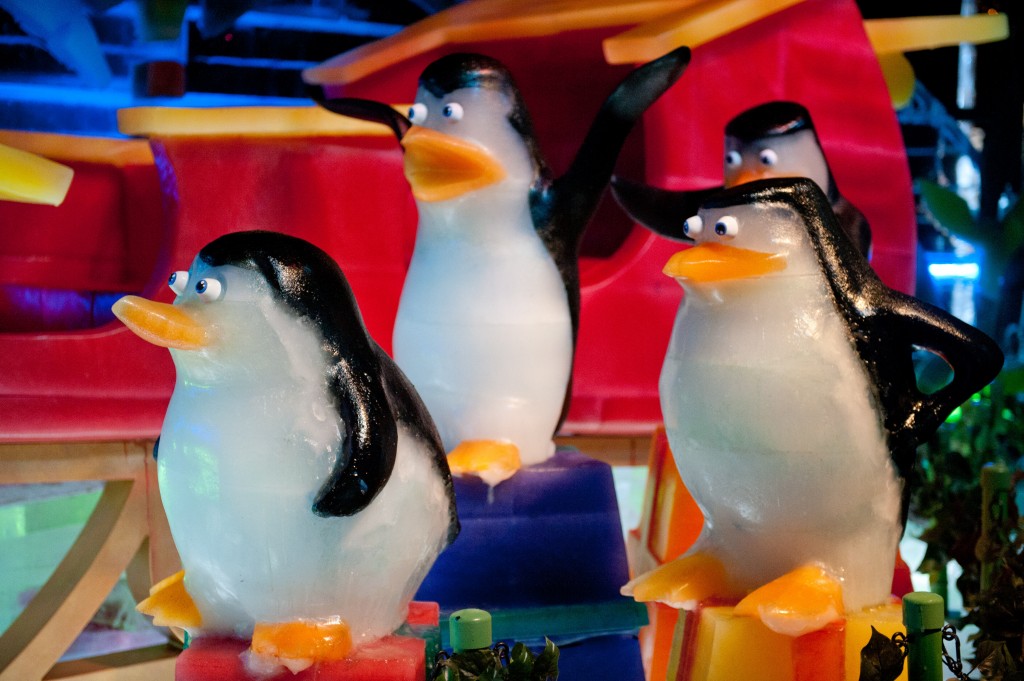 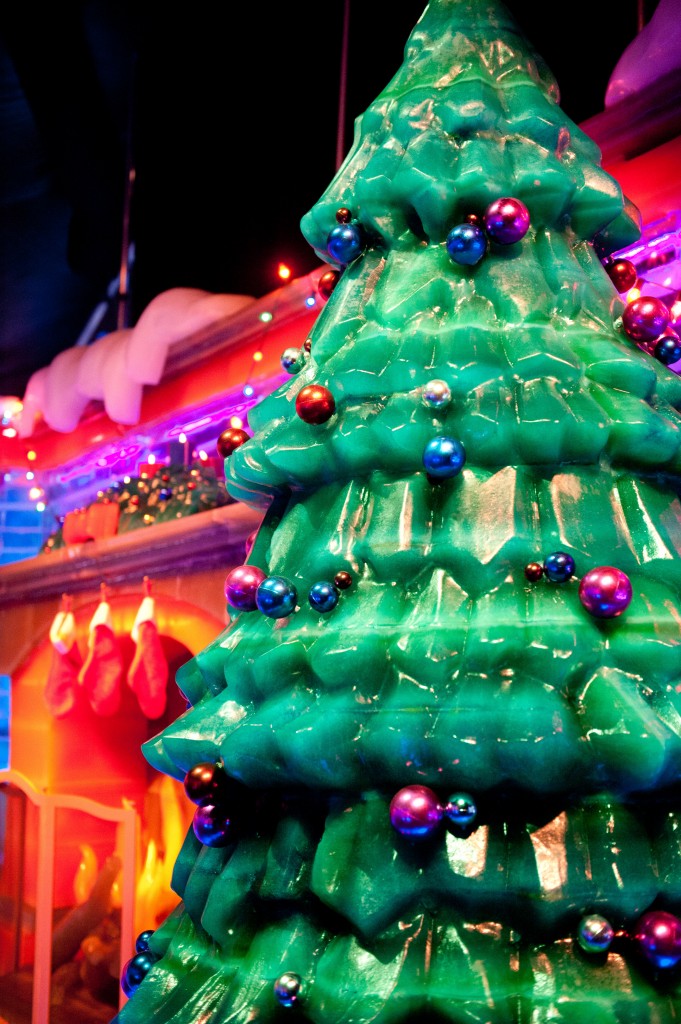 I was tempted to stick this tree under my big blue parka.  I mean it was already decorated.  Turns out ice is a little heavy though. 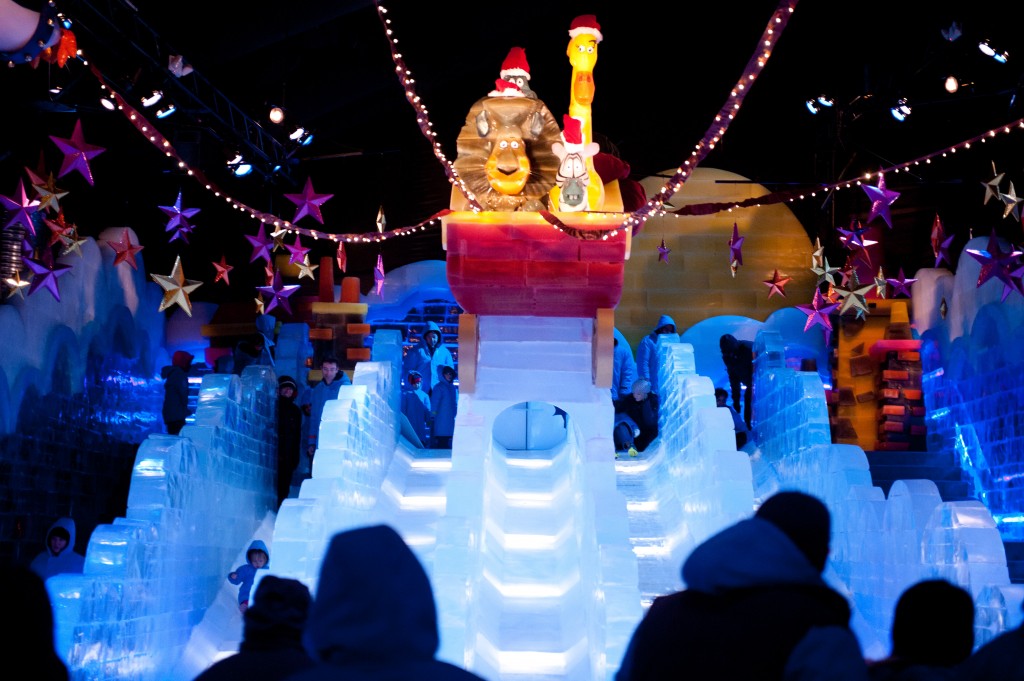 The ICE! slides.  I apologize for the interrupted view. Clearly these people did not respect the big giant camera lens I kept poking in their ear. 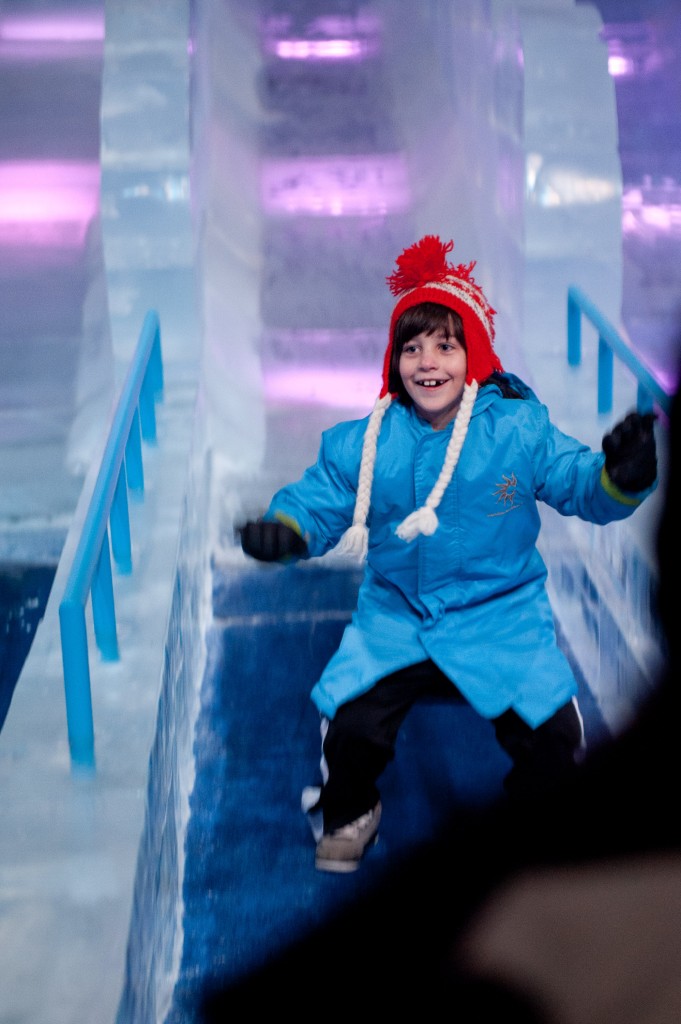 Think the look speaks for itself. 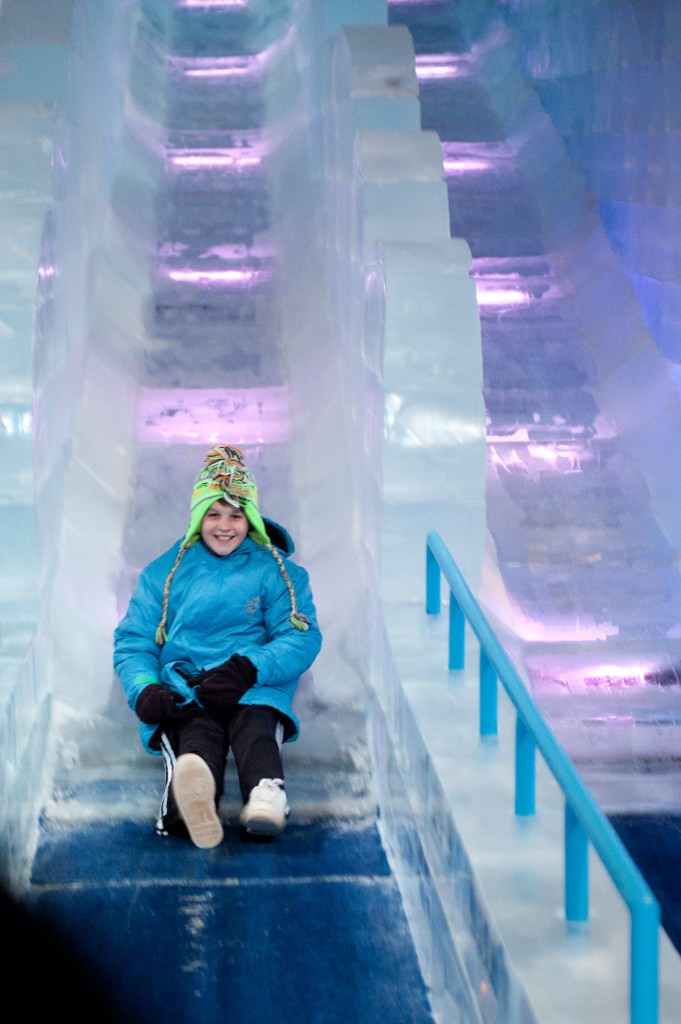 Those mittens got trapped in the sleeves of the parka when he returned it and the lovely people at ICE! went back to search and FOUND them in a sea of blue parkas. 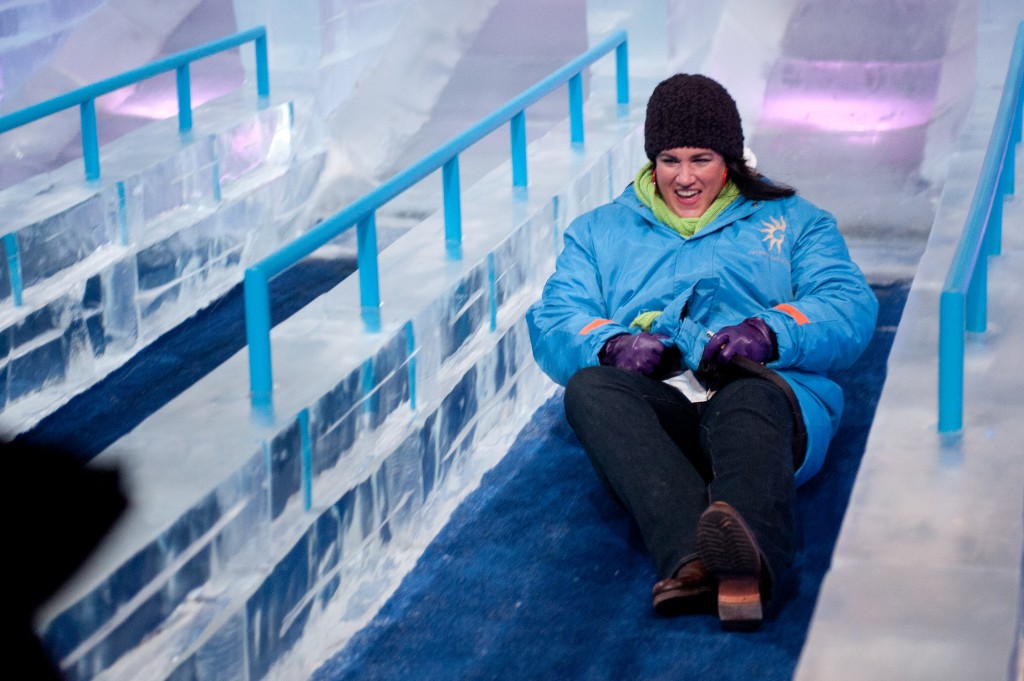 For the record, I was wearing three layers under that parka.  Oh okay, I may have been digging into the cookies a little too much this season too. 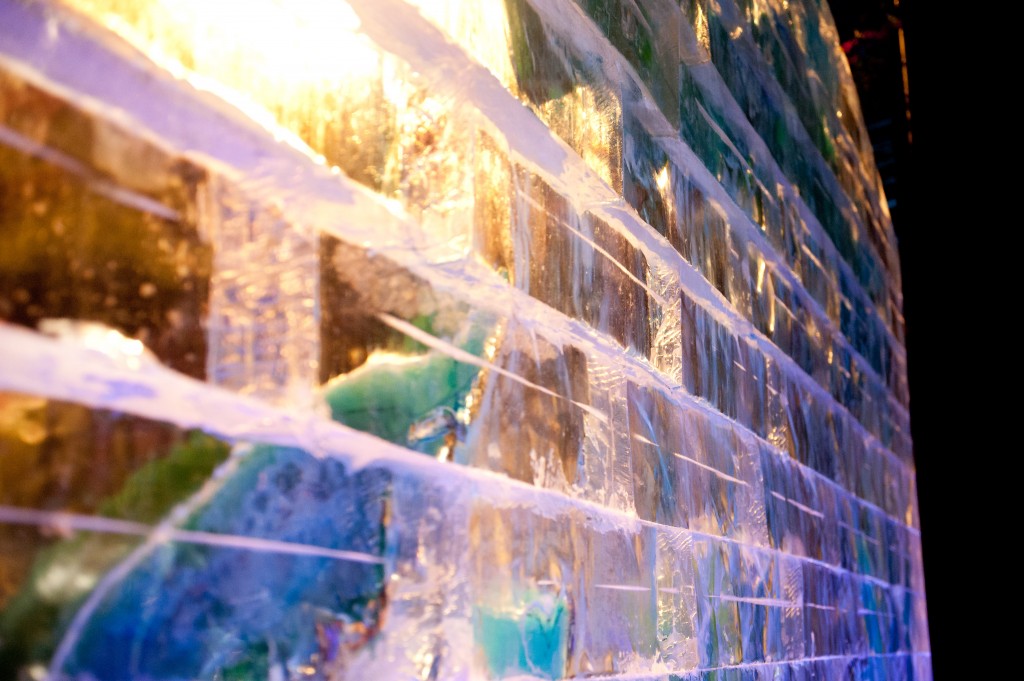 Did I mention?  Two million pounds of ice??  It’s so beautiful!

Once you’re back into the warmth, there is an ice skating rink, Santa train, gorgeous decorations and more fun to be had inside the hotel (think character meet and greets and gingerbread decorating).  That’s not to mention all the other lights, shops and restaurants to see at National Harbor.  You really can make an entire day of it.

ICE! is running from November 18-January 8 at the Gaylord National over at National Harbor.

When Amie Adams isn’t freaking out about how much she has to do before the holidays, the 17 people coming to her house for Christmas Eve dinner or where the heck the Elf is going to be in the morning, she is writing on her personal blog MammaLoves…

My family and I were given free admission to ICE! and all of the holiday activities at The Gaylord National in exchange for this post.  The opinions and photos contained herein are my own and there’s no way I would tell you it was awesome if it sucked.  I’m just not that kind of girl.