What a Difference Two Months Can Make

What a Difference Two Months Can Make 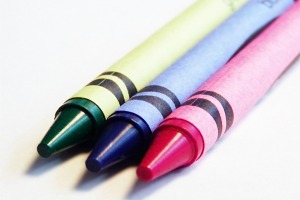 Two months ago, I was grappling with a new image of my middle child as a kindergartner. You know the old cliche of the mom standing on the side of the road, tears in her eyes, as her not-a-baby-anymore child boards the school bus? Well, our first day didn’t look anything like that, but the sentiment was still the same. Where did the last five years go?

It seems as if 2006 was a banner year for babies, as I found myself among tons of good company as the school year started and many of my friends were also sending their kids off to start their educational careers. My daughter bounded into her (incredible, constructivist, project learning-based) kindergarten classroom with enthusiasm and excitement. Six months ago, she would hide behind me when in new situations, yet she showed a new level of confidence in the first days of school.

Fast-forward two months, and her confidence has only increased, in a way that I find simply beautiful. She speaks of herself as a learner, and she is engaged all day long in meaningful play and investigation. Suddenly, the world of the written word has opened up to her, and she chooses to spend long blocks of time writing descriptions on her drawings and independently putting down her imaginative stories via invented spelling, which her teachers actively encourage as children progress through the early stages of learning to read and write. She has developed new friendships, and it brings a smile to my face to hear someone call out a greeting to her when she enters the classroom in the morning. I dare say she’s becoming a veritable kindergarten Norm.

Eight short weeks as a kindergartner, and yet, her entire world has changed. I may have shed a tear or two on that first day of school, my thoughts focused on the time that has passed– those first hours of holding my darling red-haired baby through the years we had the privilege of spending our days together. Now I’m embracing a different perspective, as I delight in the wonder of what the next months will bring.

Dawn spends her days in her own preschool classroom, sharing regular laughs with three and four year old children, only to go home to her own wacky kids. She joyfully reviews books at 5 Minutes for Books and blogs at my thoughts exactly.