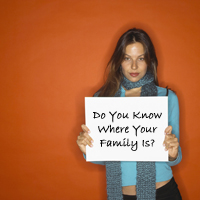 On September 11, 2001, I was working two blocks from the Capitol Building. As the Capitol was evacuated, hundreds of staffers and tourists fled down the street in front of my office. I could see the smoke from the Pentagon from our third floor balcony. After helping an elderly tourist from California who knocked on our door get some water and rest and helping her reach her son in California to let him know she was okay, and after being riveted to the TV in disbelief for several hours, and after the second tower fell, I decided that two blocks from the Capitol wasn’t where I wanted to be any longer. But my Capitol Hill basement apartment was only six blocks from the Capitol. My boyfriend, now husband, Abel’s apartment was only seven blocks from the Capitol. None of those seemed far enough away. So, I ended up at my co-worker’s apartment. He was 10 blocks away, hardly any further, but it seemed like a good distance at the time. After the Metro closed, Abel ended up walking several miles to meet me there. That apartment quickly turned into a collective of 20-somethings from all over the country frantically trying to reach far-flung family, glued to the TV, worried and watching.

After that day, Abel and I put together our emergency evacuation plan which essentially involved getting out of Dodge as fast as possible. We figured the bridges would close down but hoped, perhaps naively, that Metro would keep operating. So we each planned to take it out to the end of the Red Line where my parents, who live about an hour’s drive from Shady Grove, would meet us. Should something happen in DC, even if we couldn’t reach each other by phone, Abel, my parents and I would all head to the Shady Grove station and hopefully…eventually…meet up.

The 5.8 earthquake that shook much of the East Coast on August 23, and the upcoming 10th Anniversary of 9/11, have made my husband and I keenly aware that we need a new family emergency plan.

Our gallon jugs of water sprang leaks long ago and our duct tape and extra batteries have been put to other uses. But most importantly, our emergency plan is woefully out of date. It can no longer be based on the concept that two self-sufficient adults can and will make their way to a meeting point. We now have a 5-year-old and a 19-month-old to get to as quickly as possible, to keep safe, to worry about. I’m very recently back in the work force and am working full time in downtown DC (ironically just around the corner from where Abel was working ten years ago).

We need a new and well-thought out plan and I’m actually grateful that the earthquake gave us the wake-up call that we needed to get serious about putting it into place. I’ll be honest: it isn’t set yet, but we’re working on it. I hope you will, too. FEMA has some great resources that we’ve found helpful.

FEMA Ready Kids has great resources for your kids. I love how the Talk it Out page empowers kids to take the lead in discussing and creating a family emergency plan.

FEMA’s Make a Plan page has great resources for adults. Suggestions include identifying someone who lives out of town to be the central point of contact. When phone and wireless systems are stressed, it might be easier to reach someone out of state than someone on a local network. Also, text messages may get through when calls won’t connect. Make sure older family members know how to text. I’ve already downloaded the Adult Folding Wallet Card and Child Folding Wallet Card and will make sure that Abel and I both keep copies in our wallets and that Lucas has one in his backpack. A 19mo doesn’t go anywhere without a diaper bag, so Nathaniel’s copy will be stored there.

Our family will be marking this solemn anniversary in many ways, but we’ll also be using it to make sure we are prepared to keep our family safe in future man-made or natural emergencies.

Aimee O. writes about life with her boys at Smiling Mama and about family-friendly activities for getting out and about in Prince George’s County, MD at Out by Ten.  Photo credit: Microsoft Clip Art Gallery